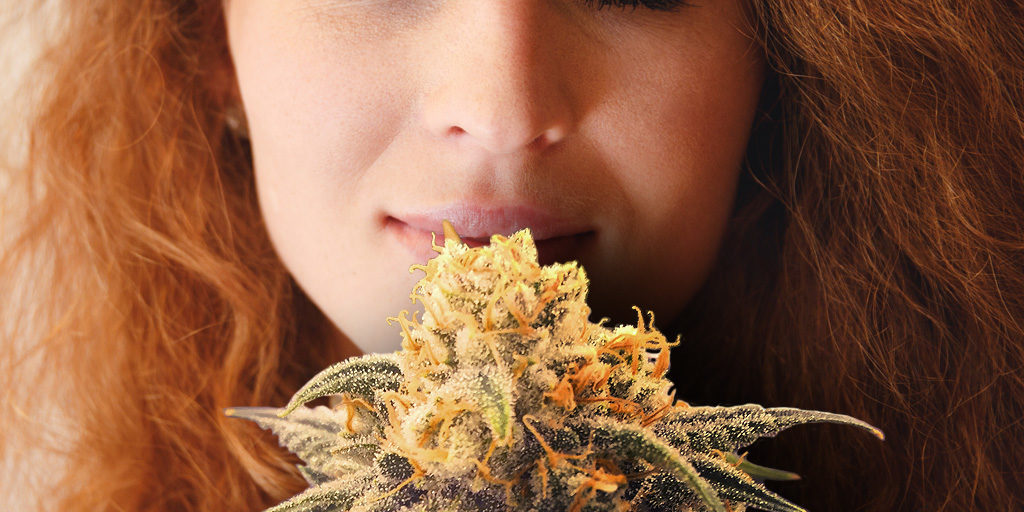 Terpenes – Everything you’ll need to know.

Terpenes are aroma molecules that exist naturally in plants and animals. They are the building blocks of smell and taste. But this is only part of the significance of terpenes. Many plants will have several, sometimes 10 or 20 terpenes present that comprise their aromas. Cannabis, one of the most complex plant species on the planet, has been found to possess over 200 different recognized terpenes. Each strain has unique terpene profiles and ratios which give rise to highly variable medicinal properties. To put it another way, the variance in medicinal properties across strains is due in large part to terpene composition. Terpenes also have synergistic effects (1+1 >2) when consumed with cannabanoids (especially CBD, but also THC to a lesser extent).

Effects when ingested by an animal can be:

Examples of some common Terpenes found in Cannabis:

Menthol, camphor, pine, woody. Can be easily converted into menthol. Found in Cinnamon and Wormwood. It is considered a “calming sedative” in Chinese medicine. It is directed for fatigue, recovery from illness and stress.

Spicy, sweet, woody, clove, camphor, peppery. Found in black pepper(15-25%), clove(10-20%) and cotton(15-25%). It binds weakly to CB2 receptor. As a topical it is one of the constituents of clove oil, an anti-inflammatory and analgesic treatment for toothache. In high amounts, it’s a calcium and potassium ion channel blocker. As a result, it impedes the pressure exerted by heart muscles. Since THC does not have a smell, drug dogs are trained to find one, very smelly molecule called Caryophyllene-epoxide!

Spicy, camphor, refreshing, minty. Found in rosemary, eucalyptus. It is used to increase circulation, pain relief and easily crosses the blood-brain-barrier to trigger fast olfactory reaction. Eucalyptus oil is considered centering, balancing and stimulating. It is possibly the stimulating and thought provoking part of the cannabis smoke stream.

Sweet, pine, cedar, woodsy, pungent. A constituent of rosemary, pine and cedar resin. In aroma therapy, cypress oil, high in D-3-carene, is used to dry excess fluids, tears, running noses, excess menstrual flow and perspiration. It may contribute to the dry eye and mouth experienced by some marijuana users.

itrus (orange, tangerine, lemon, and grapefruit), rosemary, juniper, peppermint. Repulsive to predators. Found in the rinds of many fruits and flowers. With the presence of other certain terpenes, Limonene can be an anti-bacterial, anti-fungal, anti-depressant and anti- carcinogen. It can synergistically promote the absorption of other terpenes by quickly penetrating cell membranes. The result can be increased systolic blood pressure. Since Limonene is such a potent anti-fungal and anti-cancer agent, it is thought to protect against aspergillus fungi and carcinogens found in cannabis smoke streams!

Clove like, earthy, green-vegetative, citrus, fruity with tropical mango and minty nuances. The most prevalent terpene found in most varieties of marijuana, it is also present in high amounts in Mangos, hops, lemon grass, East Indian bay tree, verbena and Mercia. Myrcene is one of the most important chemicals used in the perfumery industry. Because of its pleasant odor, it is occasionally used directly. It’s a building block for menthol, citronella, and geraniol. It possesses antimicrobial, antiseptic, analgesic, antioxidant, anti-carcinogen, anti depressant, anti-inflammatory, and muscle relaxing effects. Myrcene affects the permeability of the cell membranes, allowing more THC to reach brain cells.

Alpha: pine needles, rosemary Beta: dill, parsley, rosemary, basil, yarrow, rose, hops, the familiar odor associated with pine trees and their resins. It is the major component in turpentine and is found in many other plant essential oils including rosemary, sage, and eucalyptus. Pinene can increase mental focus and energy, as well as act as an expectorant, bronchodilator (the smoke seems to expand in your lungs), and topical antiseptic. It easily crosses the blood-brain barrier where it inhibits activity of acetylcholinesterase, which destroys acetylcholine, an information transfer molecule, resulting in better memory. It may counteract THC’s activity, which leads to low acetylcholine levels. Largely due to the presence of pinene, rosemary and sage are both considered “memory plants.” Concoctions made from their leaves have been used for thousands of years in traditional medicine to retain and restore memory.

Mint, camphor, rosemary, candy. It is implicated in liver damage in very high dosages. It is found in tiny quantities in marijuana. Pulegone is an acetylcholinesterase inhibitor. That is, it stops the action of the protein that destroys acetylcholine, which is used by the brain to store memories.

Floral, lilac, citrus, apple/orange blossoms, lime. It is a minor constituent of many plant essential oils. It is used in perfumes and soaps for fragrance. It reduces physical motility 45% in lab rat tests… Couch-lock effect?